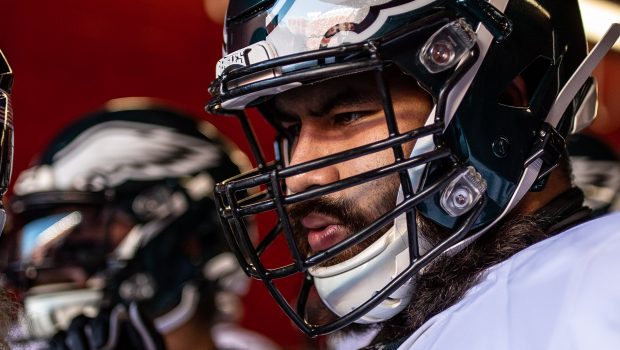 After left guard Ike Seumalo went out for the season Monday night and rook Landon Dickerson was shaky at right guard, the Eagles made some moves today, promoting guard Sua Opeta to the active roster.

Opeta was called up for Monday night’s game in Dallas where he played one snap on special teams. Starting left guard Seumalo suffered a season-ending Lisfranc injury against the Cowboys opening a spot for Opeta. A rookie free agent signing of the Eagles in 2019 out of Weber State, the 6-foot-4, 305-pound Opeta played in eight games with two starts last season.

With Opeta moving up to the active roster, the Eagles signed two players to the practice squad – defensive end Cameron Malveaux and tackle Casey Tucker.