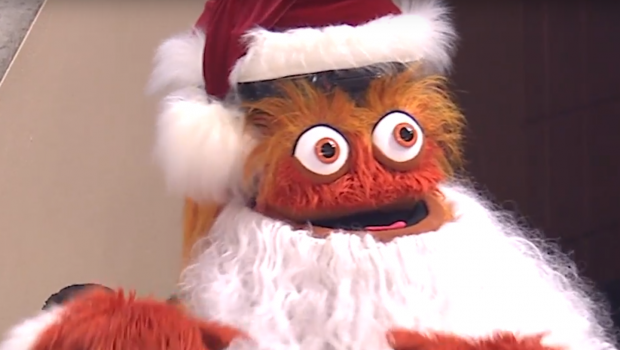 GRITTY IS THE FACE OF THE NHL: WHAT DOES THAT TELL YOU?!

The NHL is giving out its annual awards this week in Vegas.

In an attempt to make some news and keep its franchise alive as the NBA overwhelms it in revenue and public awareness.

So, who is the face of the NHL?

Other mascots dogged the Flyers’ Orange Nightmare Fuel, saying his antics were old tricks in a new package.

But that didn’t faze Gritty, a mascot who was so bold in his first NHL season that he went streaking at the Flyers’ Stadium Series again against Pittsburgh.