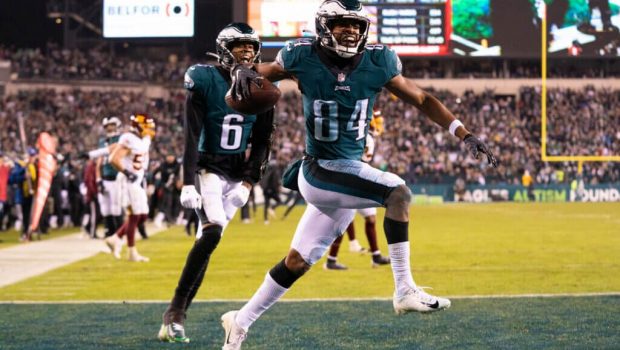 Greg Ward was released by the Eagles from injured reserve with an injury settlement.

Ward will now work to get healthy and join another roster around the league after being a late roster cut due to missing the bulk of training camp with a toe injury.

A former quarterback at the University of Houston who transitioned to wide receiver in the NFL, Ward signed with the Eagles as an undrafted free agent before their Super Bowl season.

Ward spent most of his first 2 1/2 seasons on the practice squad before becoming the full-time slot receiver. He posted 53 receptions for 419 receiving yards and six receiving touchdowns in 16 games during the Eagles playoff run.