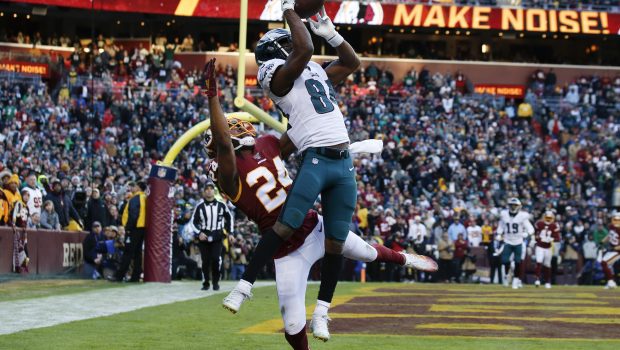 GREG WARD ONCE AGAIN COMES THROUGH IN THE EAGLES CLUTCH!

The play of the drive came on a third-and-14 from Washington’s 31-yard line when Hurts extended the play, rolled to his right and found Greg Ward open downfield on a scramble drill for 27 yards.

Sirianni kept the offense on the field for a fourth-and-goal from the 1-yard line. Boston Scott rushed for his second touchdown of the game to bring the Eagles within two.