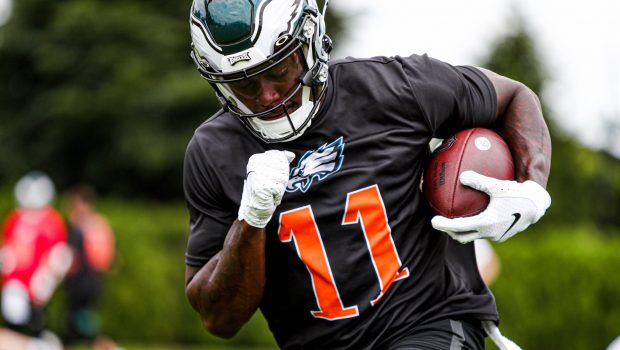 GREAT EXPECTATIONS FOR EAGLES WITH CAMP ONLY 18 DAYS AWAY!

AJ Brown at wide receiver will give Jalen Hurts another weapon to throw to.

As Eagles training camp opens in only 18 days, expectations for the 2022 season remain high.

Trades and a successful draft have the Birds competing for the NFC East for the first time since the Super Bowl year.

They have brought back a top NFL-ranked offensive line that is key to protecting 3rd-year QB Jalen Hurts, and they have mated one of the league’s top ground games which propelled them to a playoff berth last season.

The defense should take a couple steps up with high draft picks and free agency additions to a squad looking to become a championship level defense for the first time in years.

In all the Birds and their fans are chomping on the bit to become that team that competes for the Super Bowl for the immediate future.