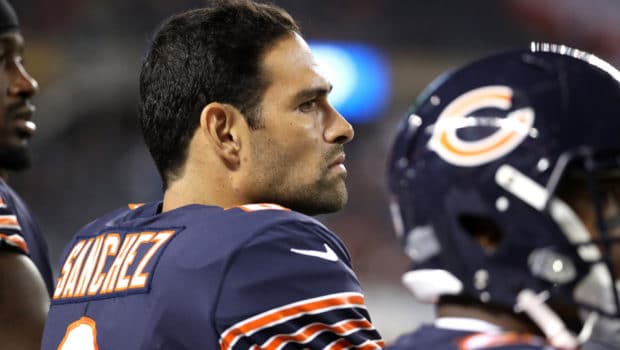 WHAT A GREAT COUNTRY! WOEFUL EX-EAGLE SANCHEZ STILL HAS A JOB!

Ex-Eagle Mark Sanchez only quarterbacked three series in four preseason games for the Chicago Bears, but he made the roster after cuts were announced last Saturday.

The Bears will have three quarterbacks on their Week 1, with Sanchez likely serving as an emergency backup while Mitchell Trubisky continues to develop behind the scenes.

Sanchez, with 72 career starts and six more in the playoffs, will also lend some veteran leadership to a quarterback room with only 18 starts between its other two players (all of which belong to Mike Glennon).