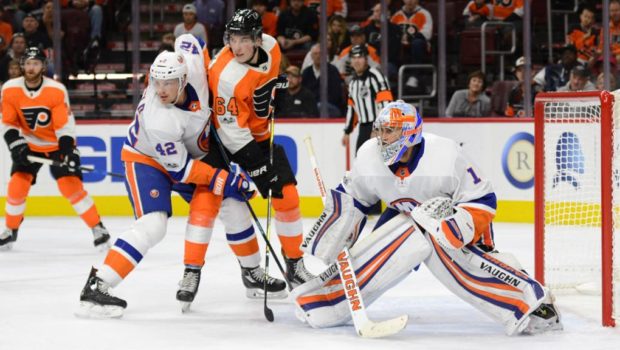 The Flyers ended the exo season last night with a 5-1 loss to the Islanders and a bigger loss to an important player.

Defenseman Shayne Gostisbehere recorded an assist, giving him four points (1g-3a) in six preseason games, but he left the game late in the third period with an upper-body injury.

Michael Raffl picked up the game’s first goal on a 2-on-1 with Scott Laughton just 2:21 into the contest.

The Islanders answered with a goal from Dennis Seidenberg with 6:50 left in the first, and picked up second-period goals from Anders Lee on the power play at 2:22 and from Anthony Beauvillier 45 seconds later. Beauvillier tallied again 32 seconds into the third period on the power play to make it 4-1.

Wayne Simmonds scored a power play goal 6:32 into the third to pull the Flyers within a pair at 4-2 before Steve Bernier finished things off with an empty-netter in the final minute. The Flyers had 33 shots on goal in the contest and 80 total shot attempts; Thomas Greiss turned away 31 of the 33 shots that came to him. Brian Elliott turned away 17 of 21 in the loss. 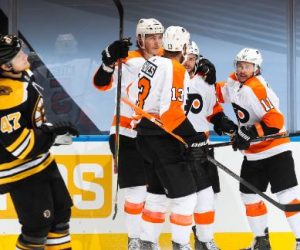 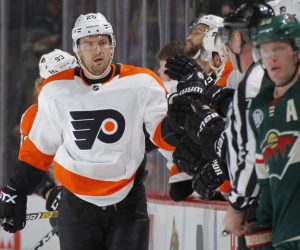 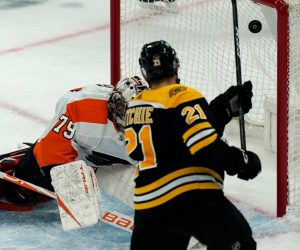