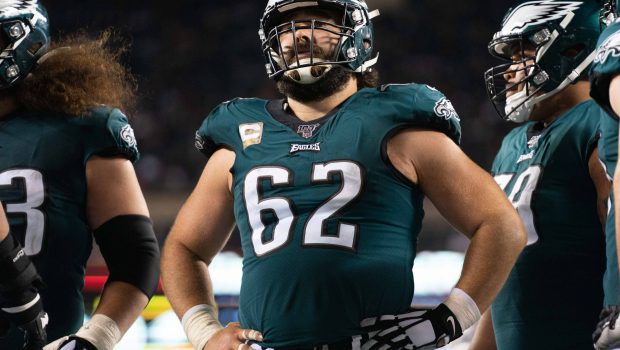 Eagles center Jason Kelce is back for his 11th NFL season, and even though he admitted he had contemplated retirement this offseason, he emotionally explained he’s not ready to call it quits just yet.

“It’s really hard. Every year, physically, gets a little bit harder to get through the season. Little nagging injuries come up, so every year at the end of it, you’re kind of worn out. Especially at the end of last year, the losing season on top of that is going to wear on your mentally. You’re constantly trying to correct the ship, you’re constantly trying to keep everyone together as a veteran player and that wears on you, too.

“The bottom line is, I still want to play. I still love coming to work into an environment where everybody is trying to be the best they can be and in an environment with the best people at what they do in the world. I don’t know how I’m going to get that and that’s the biggest thing. Yeah, I want to be healthy when I retire, that’s something that’s on my mind. But you know what? I’ve been really blessed to be around groups of men who are competing every single day with each other to try to be the best in the world at what they do. That’s a luxury that’s hard to quantify.

“I miss the atmosphere of the locker room. Those personalities are hard to come by when you’re done playing. At some point I’m going to have to say that it’s over, but I’m not ready to do that yet. I’m getting goosebumps just talking right now. I get excited to get back around these guys, to get back in the weight room, to get back to try to figure out how to be the best team in the NFL, to be the best center in the NFL. All of these things I’m not done with yet. I’m excited man. I’m excited for another year, I’m excited with the new coaches, and I’m excited to surprise some people this year with the Philadelphia Eagles.”

The Eagles were able to snag offensive lineman Landon Dickerson in the second round of the draft last month, and many believe he will be the heir apparent to Kelce.

“Obviously, this kid was rated as the best interior lineman in the draft by a lot of guys,” Kelce said of Dickerson. “To be able to get that type of value in the second round, regardless of me, is great value. Now, when you stack on, obviously I’m getting older, you’ve gotta start thinking about the future. This kid has everything you want. You turn on the tape, he finishes guys, he’s physical, he’s got the mentality, he’s got the ability, he’s got the physicality. Everything you want in a big, mean, nasty offensive lineman, he’s got. I know he’s got the injury concerns, I’ve had my fair share of injuries. I’m sure the medical staff looked that through and he’ll be fine. And I’m excited to work with him, I’m excited to work with anyone that has the type of mentality that this kid, supposedly, does…I’m going to do anything I can to help him out and we’ll make each other better.”

The NFL released their schedule on Wednesday night, revealing at Week 4 home game against Kelce’s brother, Travis, Andy Reid, and the Kansas City Chiefs. It will be the first time the Kelce brothers suit up in a game against each other in Philadelphia, assuming they’re both healthy this time around.