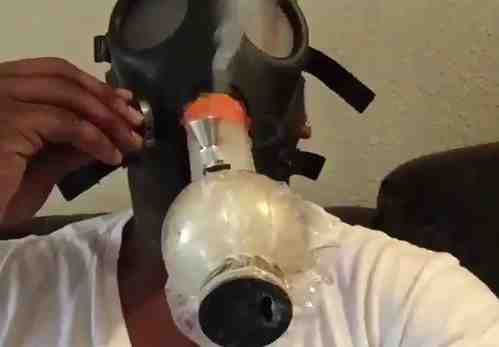 Besides standing in back of Donald Trump, Chris Christie has been strangely silent about politics or sports, which is what he really likes to comment on — perhaps he’ll be a back-up for Mikey Miss after he finishes his term as governor of New Jersey in 18 months.

So how would the former prosecutor have have handled Laremy Tunsil, the prospect eventually taken by the Miami Dolphins after a video of the offensive lineman wearing a gas mask and bong attachment surfaced (above)?

Christie, who was co-hosting the Boomer & Carton radio show on Friday, had this to say (via Buzzfeed):

“When I was a prosecutor, I would’ve gone in and cuffed this guy. … I would’ve been all over it. … Who’s the guy that hates him enough that they had access to the video and put it on?”