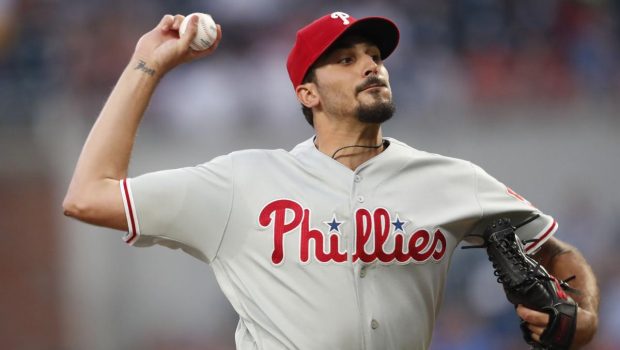 The Phillies and starter Zach Eflin have reached agreement on a contract to avoid arbitration, reports Jim Salisbury of NBCSP.

Bob Nightengale of USA Today reports that Eflin will be guaranteed $5.7 million, and the deal contains an additional $300K in possible performance bonuses. The contract also contains a mutual option for 2023 valued at $15M.

Agreeing to terms avoids the necessity of a hearing for Eflin, who was eligible for arbitration for a final time. His camp had filed for a $6.9M salary, while the team was seeking a $5.1M figure.

Eflin, 28, is set to hit free agency for the first time next season. The sinkerballer will be one of the younger arms available, and he’s settled in as a reliably effective mid-rotation arm. Eflin posted an ERA between 3.97 and 4.36 each season from 2018-21. He consistently posted walk rates a few points lower than the league average while inducing strikeouts and grounders at slightly above-average marks. On a rate basis, that’s quality annual production.