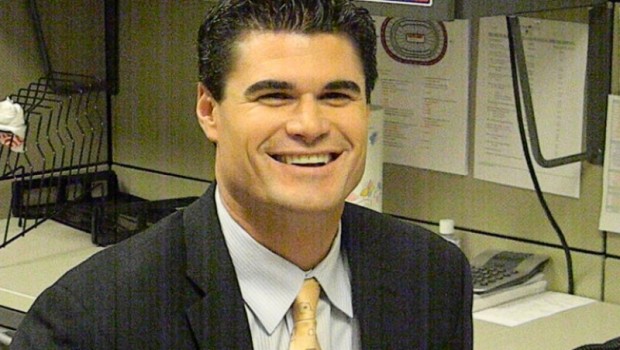 The Phillies’ management continues to resemble the gang that couldn’t shoot straight as they opened spring training with a squad so bad that Vegas expects them to win 67 games — six less than the last two seasons’ 73!

But somebody at Comcast SportsNet seems to know what they are doing.

Ben Davis was announced as a member of the Phillies’ broadcast team for 2015.

A Malvern Prep grad, Davis was a major leaguer from 1998 to 2004 with the Padres, Mariners and White Sox. He played until 2010 in the minor leagues, and has been a pre- and post-game analyst on CSN for Phillies games for the last four years. He’s also a regular commentator on 94 WIP.

Davis replaces Jamie Moyer, who left after one season. Matt Stairs will remain as a color commentator, along with play-by-play announcer Tom McCarthy and in-stadium reporter Gregg Murphy. Mike Schmidt will be a third analyst in the booth on selected games.

“Growing up a Philadelphia Phillies fan, this is a dream come true,” Davis said in a statement. Dave Buck, the Phillies’ senior VP of marketing, added this in a release: “His insight into the game, and his overall professional demeanor, are qualifications that helped in the selection process.”

It is the second shakeup in two offseason for Phillies’ broadcasters. After the 2013 season, the Phillies got rid of Chris Wheeler and Gary Matthews. Matthews was with the team for seven seasons; Wheeler joined the Phillies in 1971 and began announcing in 1977.