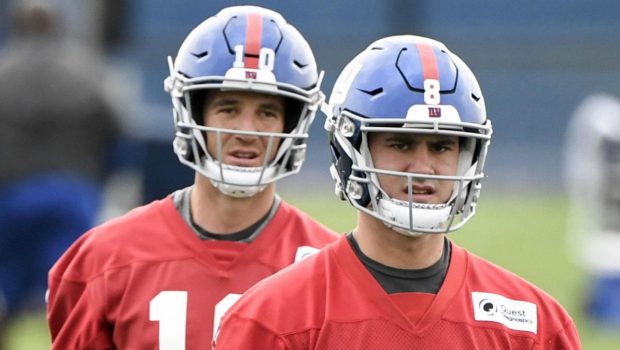 The Giants, who have lost eight in a row, face the Eagles Monday night in Philly.

Jones is in a boot and didn’t practice today. Shurmur said Jones’ injury is similar to the one that sidelined running back Saquon Barkley for several weeks earlier in the season.

Manning started the first two games before being benched in favor of Jones, who won his first two starts before the team’s current slide.