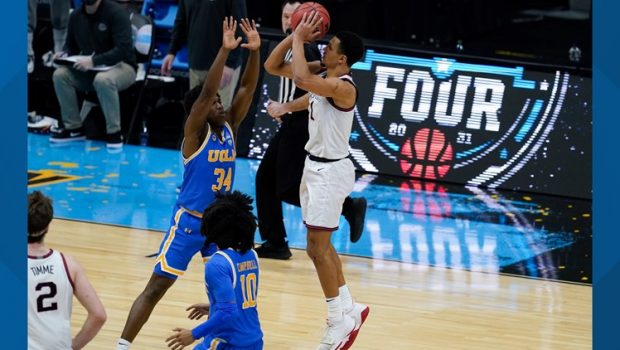 But the Zags never came so close to losing as in last night’s semifinal win over heavy underdog UCLA.

UCLA’s Johnny Juzang scored with 3.3 seconds left to tie the score, and Gonzaga forward Corey Kispert grabbed the ball out of the net, while Jalen Suggs began to curl toward the ball to catch it on the run.

Kispert threw the ball in bounds to Suggs, who took three dribbles and pulled up from about 40 feet to bank in a buzzer-beating 3 to give Gonzaga a 93-90 overtime win over the 11-seed Bruins.

Suggs fist-pumped into the air and sprinted to the scorer’s table as his teammates mobbed him.

“I’ve always wanted to run up on the table like Kobe and D-Wade and go like that, and that’s the first thing I did,” said Suggs, Gonzaga’s star guard. “Man, that is something that you practice on your mini-hoop as a kid or in the gym just messing around. And to be able to do that, it’s crazy.” 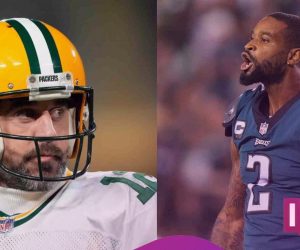 EAGLES SLAY IS SOOOOO PISSED HE DIDN’T GET A PICK OFF RODGERS!