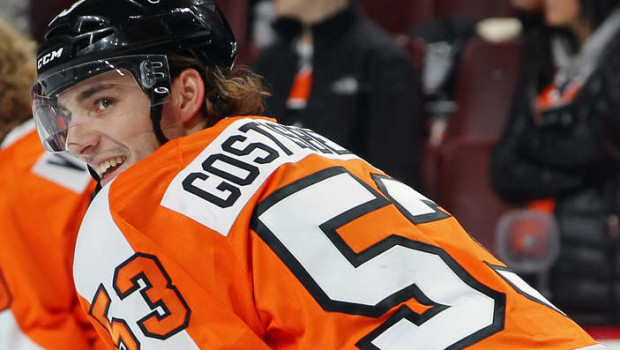 DOWN GOES THE GHOST! UPPER BODY INJURY FOR FLYERS’ D-MAN!

The Flyers announced at the beginning of the third period last night that Shayne Gostisbehere would not return because of an upper-body injury, forcing an already young blue line down to five skaters for the duration. Still, they were able to hold off the Maple Leafs for a 4-2 victory, with 20-year-old Ivan Provorov leading the defensive group in ice time with 27:11 and Brian Elliott making 28 saves. The injury to Gostisbehere occurred on a hard hit into the boards from Leo Komarov. There was no call on the play.