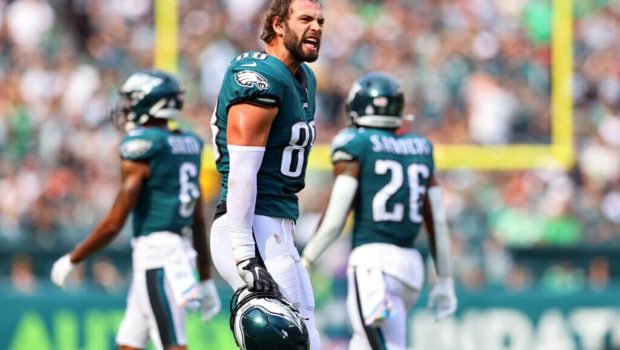 Eagles fans who are sad to see Zach Ertz go should consider this upside:

The Eagles were trying to play both Dallas Goedert and Ertz, and neither player was on the field as much as he wanted.

Goedert hasn’t played more than 74 percent of the snaps in his five games this season (he missed Thursday’s game while on the COVID-19/reserve list) and has not been targeted more than five times in a game.

He’ll take on an bigger role in the offense and be the undisputed No. 1 tight end.

“If you take all Zach’s targets and all Dallas’ targets and you put them into one, you’ve got pretty impressive stats right there,” said Sirianni, referencing the 33 catches for 405 yards and four touchdowns for the two tight ends this season.

“That would be up in the tops of the league with the tight ends. … Now you’ve got Dallas that’s going to take a major, major portion of that load of targets and of plays. Obviously, they were sharing that load.”