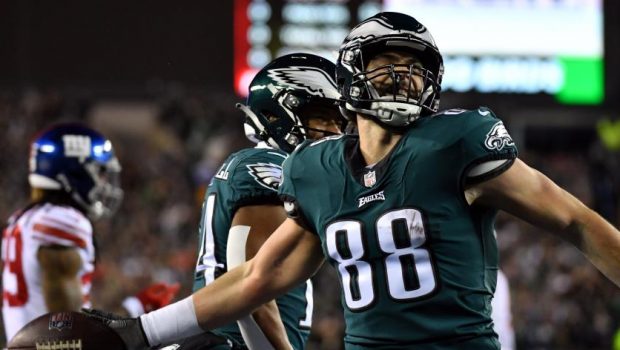 From the first series, the Eagles had the Giants’ defense on its heels.

Jalen Hurts hit DeVonta Smith for 40 yards on the second play from scrimmage.

The Eagles had their first score, a 16-yard pass to Dallas Goedert — who made a one-handed catch — not even five minutes into the game.