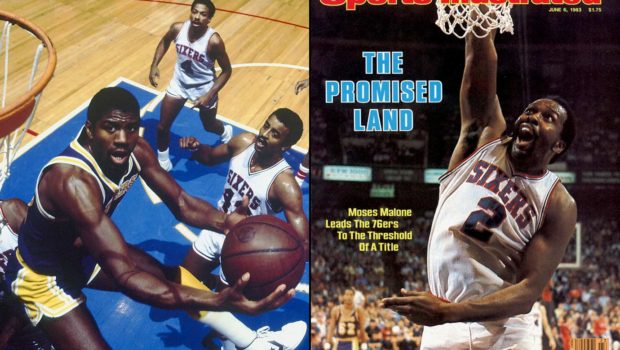 Thirty-four years later, you can still measure NBA playoff audacity by referencing a three-syllable quote: “Fo’ fo’ fo’.” That was how the late Moses Malone, who preferred succinct honesty over verbosity, famously set the postseason agenda in 1983 for his Sixers.

Reporters asked for a prediction, and Malone gave them one to make Joe Namath blush, implying that the Sixers would sweep the three rounds, finish 12-0 and take their place among the NBA’s greatest teams. In actuality, the Sixers went “Fo’ Five Fo’,” a phrase engraved on their championship rings, losing only Game 4 of the Eastern Conference finals to Milwaukee. Combine Philly’s 12-1 postseason run with its 65-17 record in the regular season, and the dominant campaign remains worthy of legendary status: