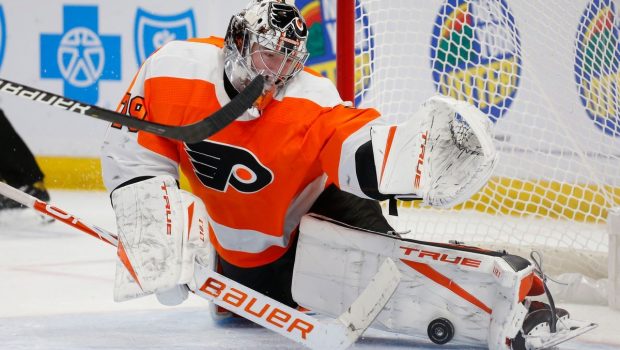 GOALIE CARTER HART IS THE FLYERS PROBLEM, NOT THE SOLUTION!

Sorry, Flyers fans, but it’s time to put the crosshairs on goalie Carter Hart for their woeful play this season.

The 22-year-old Hart dropped to 8-8-3 this season and has played nothing like the goalie who last season became the second-youngest goaltender in NHL history to record back-to-back shutouts in the playoffs.

“I don’t think we’re playing a full 60 right now,” Hart said. “We can’t just show up for the last 10 minutes of the third and expect to win the game.”