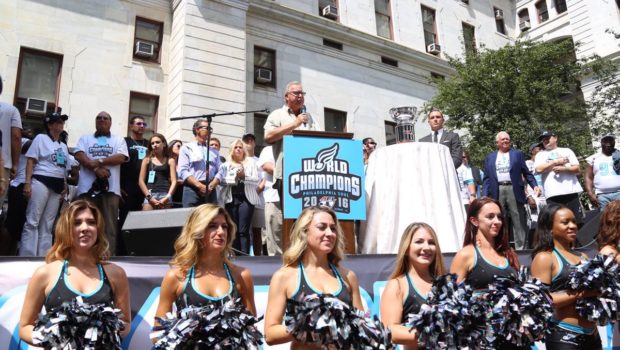 You helped us win another world championship. And our viewing audience on the game televised locally here in Philadelphia had more viewers than the National Football League game that we were up against. More viewers in Philadelphia watched the Soul than an NFL football game. So don’t tell me people don’t care about the Philadelphia Soul! They care! And these guys win! And they win for you!

And we will continue to win, build our fanbase, bring back championships for you because you deserve it. The City of Philadelphia deserves it. Once again, we will get it done for you!

That NFL game on Saturday, incidentally, was the lowest-rated NFL game since 2004. Go Soul!