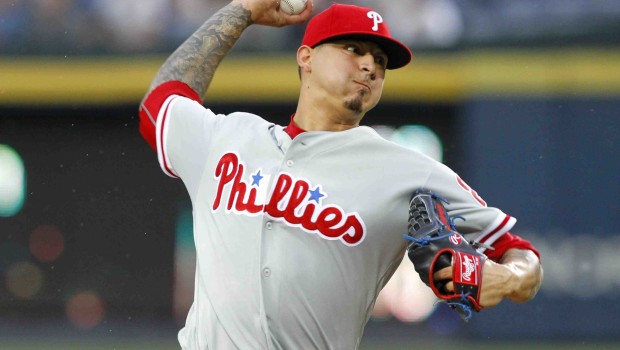 The Phillies placed Vinny Velasquez on the 10-day disabled list before they played the Mets last night. Velasquez visited a doctor Friday afternoon. He said his right middle finger hurt on every pitch he threw Thursday, and he still wasn’t sure what caused the injury. Velasquez said the condition first started when he was warming up for his Aug.4 start in Colorado.

“It’s feeling a lot better,” he said yesterday. “I don’t know what’s causing it. I just have to be patient.”

Velasquez has a power arm but s 2-7 with a 5.13 ERA this season. The injuries combined with his performance this season raise concerns about his Phillies future. He said Friday he needs to do a better job with offseason training.

“It’s taking a toll on me, and it’s tough to not play, especially having a rough year,” he said. “I can’t catch a break, but I have to deal with it.”