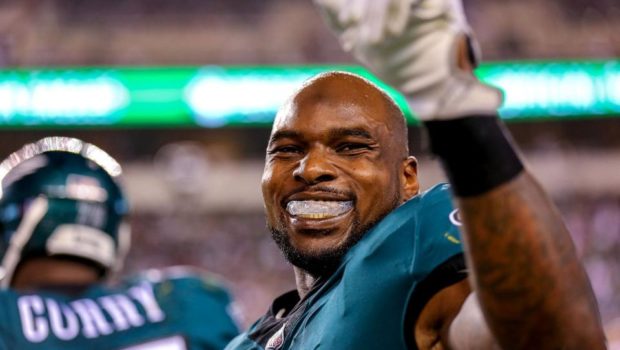 The Eagles proved by entering 2018 free agency with a whopping 13 players set to hit the open market that assembling a Super Bowl-winning roster isn’t necessarily as hard as keeping it together.

That seems especially true now that all but one of those 13 players have already either landed elsewhere or drifted into the pool of countless other unsigned veterans.

Anyone who’s paid even a lick of attention to NFL headlines, however, knows the Eagles haven’t exactly stood pat since capturing their first-ever Lombardi Trophy. No one’s topped the Cleveland Browns this offseason in terms of sheer activity, but in the City of Brotherly Love, no one’s been coasting through March as if the Eagles aren’t gearing up for another run at glory.

With internal maneuvering that shed tens of millions of dollars in salary-cap space, perennial personnel wizard Howie Roseman quickly positioned Philadelphia to make some moves, and make them they did.

Here, discounting outright releases (like that of longtime tight end Brent Celek) or free agent losses (like that of Celek’s counterpart, the handsomely paid Trey Burton) and acknowledging that Roseman could have more tricks up his sleeve, we grade every single one of the Eagles’ 2018 moves thus far: