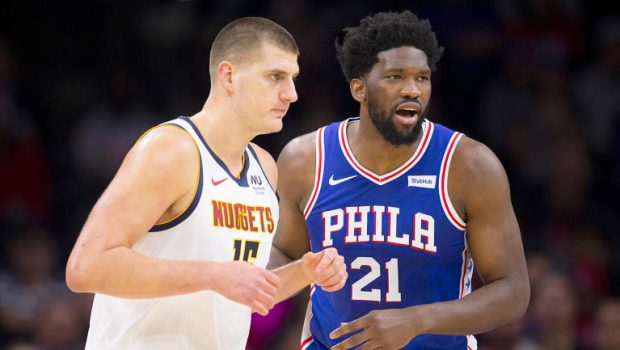 ‘GIVE ME EMBIID OVER MVP JOKIC ANY DAY OR NIGHT,’ SAYS BAYLESS!

Sixers star center Joel Embiid found out that he finished second in the NBA MVP voting just before last night’s game 2 against the Atlanta Hawks.

And then he followed his 39-point game 1 explosion with a playoff career-high 40 points on 13-of-25 shooting while grabbing 13 rebounds in a virtuoso overall performance en route to helping Philly even the series at one heading to Atlanta for Game 3.

Give the big fella a new playoff career-high.@JoelEmbiid | #PhilaUnite pic.twitter.com/tan3ntuBAL

defending embiid with gallinari might as well be fighting godzilla with a shovel and some bottle rockets.

I’ll say it AGAIN: Give me Embiid over Jokic any day or night.