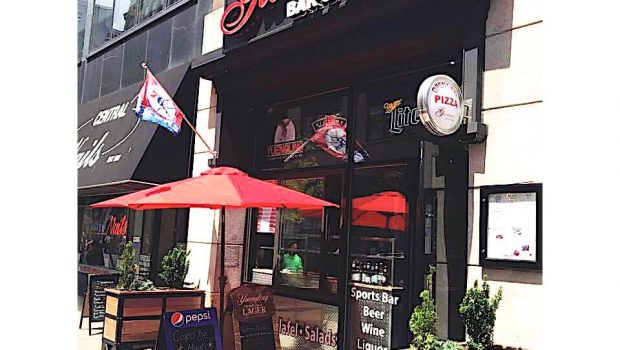 GIOVANI’S — A SPORTS BAR AND GRILL GROWS ON CHESTNUT!

It seems like only yesterday that Walnut was the lah-di-dah street on which to wine and dine and shop.

Actually yesterday was 20 years ago, when Walnut rents spiked and the restaurants and upscale and middle-scale shops fled to Chestnut Street, which had been undervalued for years — on merit.

Which brings me to Simon Atiya, a now in his late-30s Cherry Hill native who pursued his dream of business ownership to 15th and Chestnut, where he opened Giovani’s Pizza in 2002.

“Chestnut was the wild west in those days,” he says. “There was construction everywhere and cars took forever to go a block.

“But there was plenty of foot traffic.”

The pizza was the draw and the crowds came, mostly from local businesses who were encouraging their overworked employees to dine and dash in 20 minutes instead of sitting down for an hour-and-a-half lunch.

But after about 5 p.m., the businesses emptied out and so did Chestnut. “I heard from a lot of my customers that they wanted a place to watch sports while they were eating — and after 12 years I decided to move to 1523 Chestnut and open Giovani’s Bar & Grill.”

Which is the only sports bar on Chestnut Street in Center City. In fact, you’d have to go west as far as Penn to find another, and that would be Smokey Joe’s on 40th St.

The Bar & Grill opened in November 2014 after a six-month build-out in a uniquely shaped space — a massive city block deep and 20 feet wide, which gives Simon plenty of room to separate the up-front pizza fixins area from the sports bar area in the back half.

By night, the action is in the back, with eight flat-screens and every sports package known to man and beast.

“When the Eagles are on, you can’t move in here,” Simon says proudly. “In fact, during the 2018 Super Bowl run we had to charge a $400 minimum for a table for four so people didn’t just sit and watch without ordering. And no one complained.”

A bar menu that will supplement the pizza is coming in September just in time for the Eagles regular season, and Saturdays are also busy with Penn State and Temple, not to mention a big contingent of Ohio State fans.

“March Madness is unbelievable,” he says. “No work is getting done in Center City — people come for the first-round games at noon and just stay all day and into the night.”

And how have sales been since the opening almost five years ago?

“They’ve gone up every month-over-month since we started.” Competition comes from Joe’s Pizza on 16th, Ciao’s on 17th and Chestnut and Fox and Hound sports bar at 15th and Locust.

“Foot traffic is the key to our business model,” says Simon, whose brother Ami and sister Renee are working partners, with his brother-in-law Haim a partner and chef.

“We’ve got 20-plus employees, and it ranges higher during football season, and we make lots of deliveries, with three on bikes and foot.”

Giovani’s is open until 2 a.m. Friday and Saturday nights and as long as there are customers during the week.

So, if you’re looking for a friendly place to grab a beer and a slice — or even a veggie dish — at decidedly lower-than-Center City prices while you watch the Birds or the Sixers, pop in to Giovani’s.

You’ll soon why its business is growing. 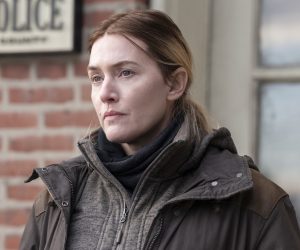 ‘MARE OF EASTTOWN’ GETS HER OWN SPICY WAWA CHEESESTEAK! 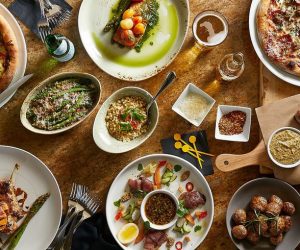 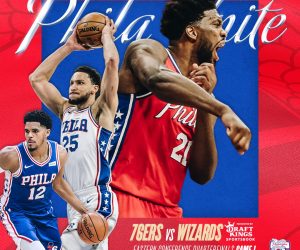