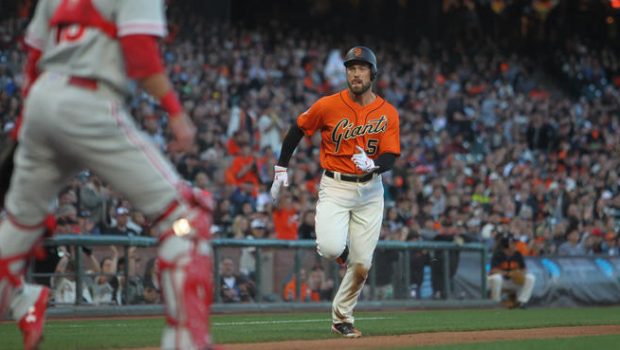 The Giants’ Chris Stratton and three relievers combined on a six-hitter, and the Giants beat the Phillies 4-0.

Stratton (7-3) allowed four hits, struck out seven and walked one over six innings in his best start in more than a month. The right-hander had a 6.31 ERA in five May starts but was mostly dominant against the Phillies while allowing only two runners to reach second base.

The Giants had lost six straight to the Phillies, including a four-game sweep in Philly earlier this season.

Scott Kingery had two hits for the Phils and Dylan Cozens singled in his major league debut. The Phillies hadn’t been shut out since they were blanked by the Mets on April 3.

“I think we can do a better job, of at the end of at-bats, putting the ball in play,” Phils manager Gabe Kapler said. “I don’t think that’s disputable. At the end of the day this just is about getting on base, and we’re probably not doing enough of that right now.”