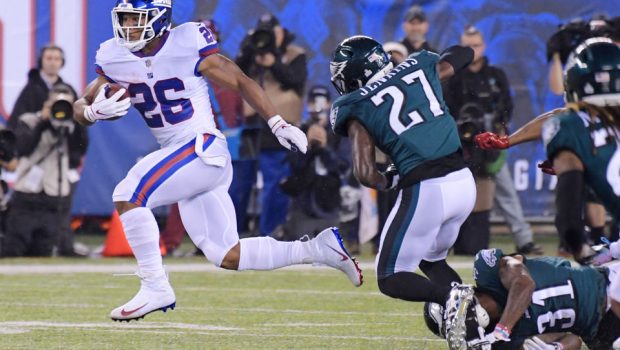 GIANTS RB SAQUON BARKLEY OUT FOR SEASON WITH TORN ACL!

Giants running back Saquon Barkley suffered a torn ACL in yesterday’s game, the team has announced after an MRI.

Barkley was carried off the field by trainers after a run early in the first quarter of yesterday’s 17-13 loss to the Chicago Bears.

Barkley was hurt as he ran toward the sideline and was being tackled by Bears safety Eddie Jackson. He grabbed at the knee as he was headed to the ground.

The #Giants confirm that RB Saquon Barkley has a torn ACL. He’s out for the season.