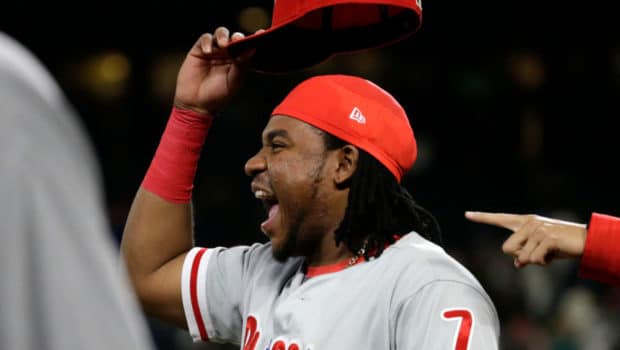 GIANTS ARE LOVIN’ THEM SOME PHILLIES’ 3B MAIKEL FRANCO!

Moving Franco wouldn’t necessarily solve any problems for the Phillies. After signing first baseman Carlos Santana, Rhys Hoskins is expected to play in the outfield full-time. As a result, the Phillies have too many outfielders with Odubel Herrera, Nick Williams, andAaron Altherr. Technically, the Phillies could move Santana to third base as he has experience there, but he hasn’t played the hot corner since 2014.

Franco is arbitration eligible over the next four seasons, which might be the most attractive thing about him to other teams.