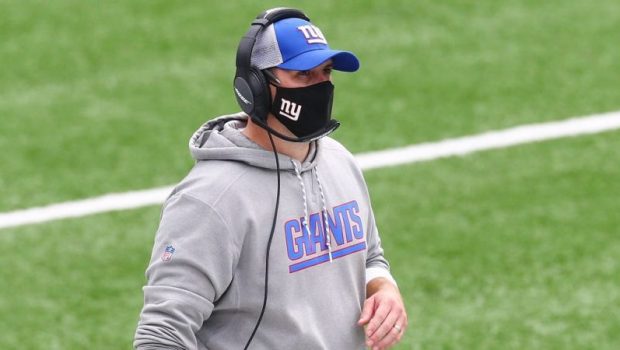 GIANTS JUDGE: BATTERIES WILL BE FLYING — THAT THE BEST YOU GOT?

So Joe Judge is a Philly guy.

And he’s now the Giants coach preparing to play the Eagles at the Linc tonight.

But he has reverted to the hoary adage about Philly fans:

“I’ll probably buy a helmet too because my in-laws are already buying batteries,” Judge said, via Mike Rosenstein of NJ.com.

The comment from Judge is a nod to Eagles head coach, and former quarterback, Doug Pederson saying he had batteries thrown at him when he was the team’s starting quarterback in 1999. Eagles fans have also thrown snowballs at Santa Claus and at players. Also, broadcasters Verne Lundquist and Terry Bradshaw were in the line of fire in 1989.

It’s a history that Judge is quite familiar with. But with current restrictions on crowd sizes at games in Philadelphia, Judge won’t have to endue the full wrath of the Eagles’ fan base in his debut appearance in the city as Giants head coach.

“To be honest with you, it’s not my first time going back to Philly as an opposing coach,” Judge said.

“It’s a great city. It has great, passionate fans. It’s an excellent team. It’s obviously a great rivalry. I grew up watching these games. They were always tough games, blue collar type games, when the Eagles and the Giants were playing when I was growing up watching the games. Again, you’re so focused on the opponent, the emotion doesn’t really get tied into it. We just know we have a heck of a team we have to match up against.”