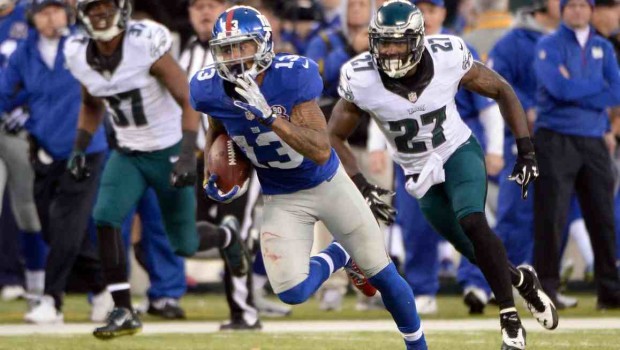 So, the NFL cracked down on New York Giants wide receiver Odell Beckham Jr., who was suspended one game for multiple violations of safety-related playing rules while playing against Carolina Panthers cornerback Josh Norman on Sunday.

Beckham will appeal the ban, according to multiple reports, with his case expected to be heard by Wednesday.

“At numerous times during yesterday’s game against the Carolina Panthers, your actions placed a fellow player at unnecessary risk … and clearly did not represent the high standards of sportsmanship expected,” NFL vice president of football operations Merton Hankds wrote in a letter to Beckham.

The league said it was still reviewing other players’ conduct in the Panthers-Giants game for potential fines.

The suspension falls in line with other one-game bans handed down by the NFL for on-field conduct. The league — which has taken a more hardline stance in recent years toward dangerous hits, especially to the head in the wake of concussion concerns —  routinely reviews on-field incidents on Mondays.