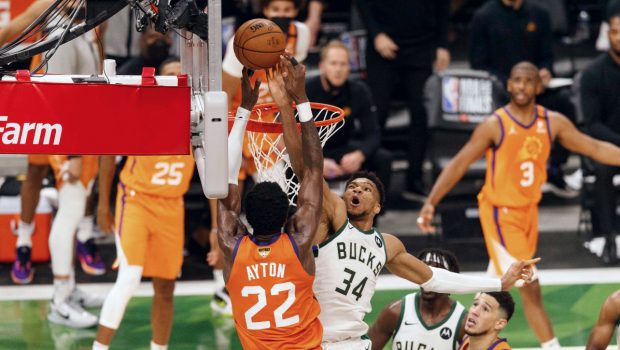 Khris Middleton’s 40 points, including 10 straight points over the final 2:07 to put the Bucks ahead for good, and Giannis Antetokounmpo’s unbelievable block of Deandre Ayton at the rim to preserve a two-point lead with 74 seconds to go, Milwaukee survived in Game 4 of the NBA Finals, winning 109-103 over the visiting Phoenix Suns to even the best-of-seven series at two games apiece.

“But they know the pressures that comes with that, and they have exceeded all those expectations. For them to be able to perform on each stage, and especially a stage like this, is awesome to see, and I’m blessed to be a part of it.”

“They give us confidence as a team,” Holiday continued, “and they carry us just like they did tonight.”