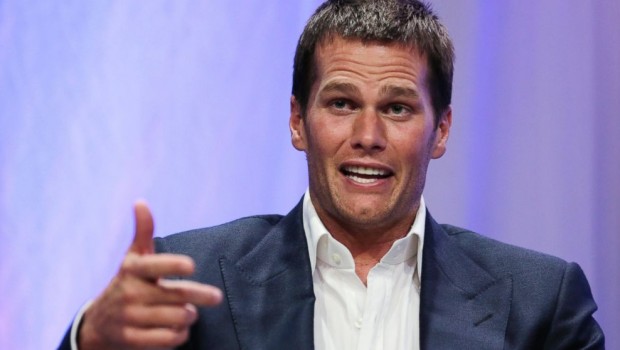 You would have thought the Wells report, which on Wednesday pretty much said he knew about Deflategate, had totally exonerated Tom Brady.

Such was the reception at Salem State University when the Super Bowl hero stepped onto the stage for a pre-planned event.

And then Brady pulled the ultimate dodge:

Brady, making his first public appearance since the report’s release as part of Salem State University’s speaker series, was joined on stage by interviewer Jim Gray in front of a raucously supportive audience.

“Tom, it looks like you picked a pretty friendly place to reappear,” Gray quipped in his opening comment.

“We are going to keep the evening as to what it was supposed to be, however there is an elephant in the room.”

Gray was referring to the Wells report, and the crowd booed vehemently at its mention. Asked for his reaction, Brady said, “I don’t have really any reaction. It’s only been 30 hours, so I haven’t had much time to digest it, but when I do I’ll be sure to let you know how I feel about it — and everybody else.”