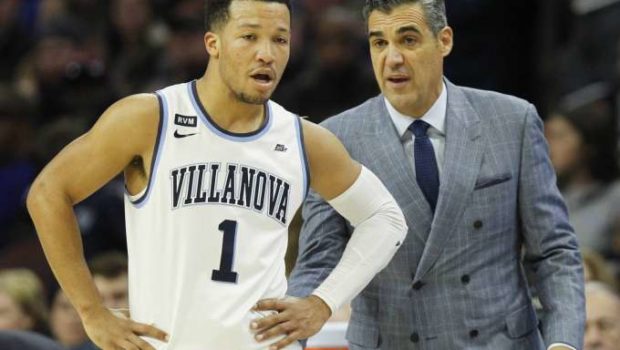 Okay, boys and girls, the preseason is over.

Villanova takes its No. 1 ranking and 12-0 record out for a serious spin tonight at DePaul as Big East play begins.

The undefeated Wildcats — the four-time reigning Big East champs — are the hands-down favorites. Again. They’re the nation’s top team and the one the rest of the conference will be chasing.

“It makes you shake your head,” said DePaul coach Dave Leitao, who talked with reporters by teleconference yesterday after spending the last few days preparing a game plan for tonight’s home game.

“They’re probably the most efficient basketball team I’ve seen in many, many, many years. That’s on both ends of the court.”

Villanova has five players averaging double figures. Those same five have shot 40 percent or better from 3-point range. The Wildcats don’t turn the ball over (18th nationally at 11 giveaways per game). They rarely foul (18th at 15.3 per game). They’ve produced the third-largest scoring margin in the country (22.3 points per game).

Villanova can slow opponents with its three-quarter-court defense, swarm to the ball and clean up on the glass while sharing the ball and waiting for you to make a mistake on the other end.

The core is indeed different now — though the new leaders have been nurtured and molded for this moment.

Jalen Brunson, Mikal Bridges and Phil Booth heard from the staff all offseason, according to coach Jay Wright. Sometimes reporters and fans tend to get enamored with the transition process for first-year players — but Wright said the evolution from auxiliary piece to go-to veteran is just as important.

He wasn’t exactly ready to begin a conference championship coronation just yet, though.

But Villanova sure looks like it’s on course for another end-of-year championship celebration. It’ll just have a new set of leaders who get cheered off the court.