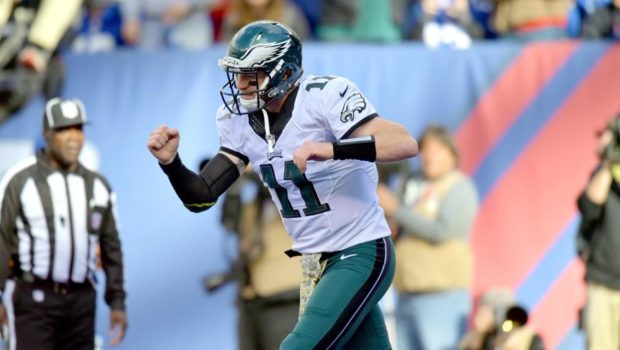 GET OFF THE LEDGE, EAGLES FANS: HERE’S HOW THEY CAN COME BACK!

Even though the Eagles are 4-4, there is reason to hope for Birds fans.

The Eagles have played four of their past five games on the road with a rookie quarterback, inconsistent wide receivers and no reliable power back.

Those four road defeats came by margins of one, seven, six and five points. The Eagles are a team strong enough on defense to compete while finding its way offensively. This would be the same team even if it had won a couple of the games that slipped away.

It’s going to be rough with Atlanta, Seattle, Green Bay, Cincinnati, Washington, Baltimore, the Giants and Dallas left on the schedule.

But if you realize who the Eagles really were after they beat Cleveland, Chicago and Pittsburgh to open the season, getting to the season’s midpoint with a .500 record should come as no shock.

Development from Carson Wentz could push the Eagles up a notch or two.