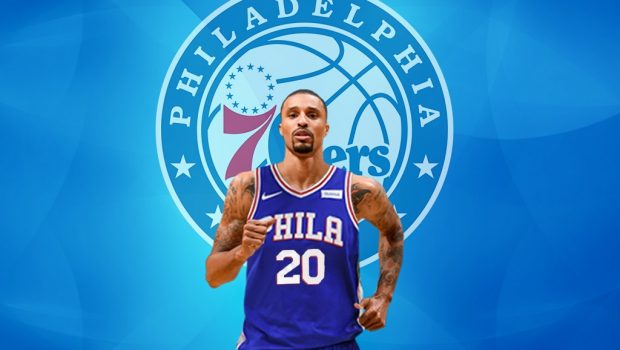 “No timeline, but I think sooner than later,” said Rivers. “He had a good workout yesterday (Thursday), a live workout, I think that may have been his first. Today, he was on the floor, but not live. Tomorrow, we’ll be able to do a little bit more, then we have a couple days that we can do some work, so we’ll see. I would say sometime next week would be optimistic, but I’m optimistic so I’m gonna go with that.”

The workout was not with the regular players, but it was a way for him to get out and up and down the floor. He was also able to take a couple of hits on that hand and be able to work through all of that for his progression.

“We didn’t have 10 guys, but with some of our bad basketball playing coaches out there,” Rivers laughed. “At least it was up and down, his hand seemed to do OK. That’s what he told me. That’s gonna take some time now.”

Hill averaged 11.8 points and 3.1 assists while shooting 38.6% from deep with the Thunder.