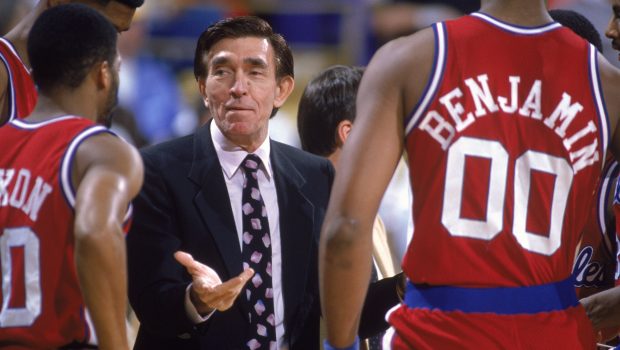 GENE SHUE, WHO COACHED SIXERS TO NBA FINALS AFTER 9-73, PASSES

Gene Shue returned again to Philly in July 1990 as general manager of the 76ers.

“There’s no such thing as nine lives,” he told the Daily News.

“I spent 20 years in coaching, and so much can happen when you do that job. You can get fired, you can leave, but it doesn’t reflect on your abilities.”

The 76ers’ owner at the time, Harold Katz, said, “Some guys survive. There are people like that, who continuously show up.”

Shue remained as GM until May 1992, when he was reassigned as director of player personnel.

Gene was a member of the 76ers family for many years as a coach & executive following a successful playing career.⁰

The 76ers offer our sincerest condolences to the Shue family. https://t.co/cZbn0uxLiV