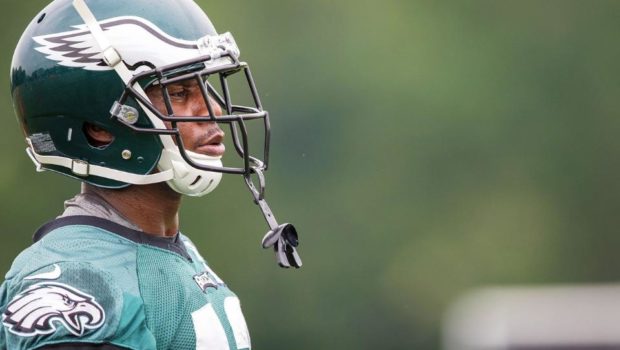 Geezer running back Darren Sproles, who hasn’t played since Week 1 against the Atlanta Falcons on Sept. 6, actually practice today.

Sproles has been sidelined with a hamstring injury and had been was expected to play in the Eagles’ Week 10 game against the Dallas Cowboys but suffered another injury to his hamstring during the week of practice and was sidelined again.

“He so wants to be on the field so bad that it will be exciting to get him out there today in a limited capacity,” coach Doug Pederson said today. “Regardless of what happens after this season (Sproles has said he will retire), he’s such a competitor and a leader of this football team, and he wants to be out there really, really, really bad.”

In addition to Sproles, Pederson said that cornerbacks Sidney Jones and Rasul Douglas will practice today.

Jones returned from a Week 6 hamstring injury in the Eagles’ Week 11 loss to the Saints and re-injured the hamstring early in the game.

Safety Avonte Maddox (knee, ankle), cornerback Jalen Mills (foot), and linebacker Jordan Hicks (calf) will likely not play Monday against Washington. The secondary has seen a lot of shifting with the continued absence of defensive backs. Linebacker Nigel Bradham revealed on Wednesday that he has a broken thumb. He plans to play through it, as he took over signal-calling duties for the defensive front with Hicks out.