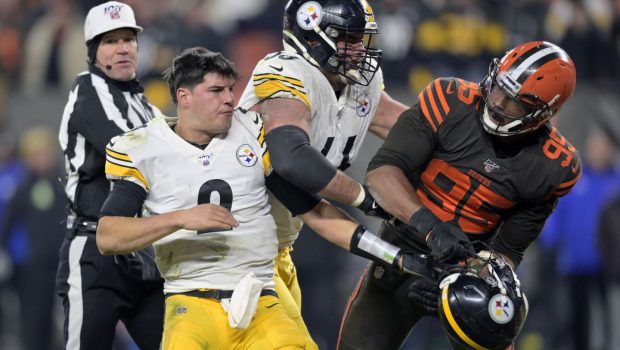 Well, now we have some insight into what pissed off Cleveland Browns defensive end Myles Garrett so much last Thursday night that he swung a helmet at Pittsburgh Steelers QB Mason Rudolph.

During his appeal hearing with the NFL on Wednesday, Garrett accused Rudolph of using a racial slur prior to their fight last week.

Steelers captain Cam Heyward says Rudolph was emphatic that he did not use a racial slur.

“He was pretty distraught and said, ‘I did not say that,'” the defensive lineman said. “I think we knew that using that as an excuse is not right.”

NFL spokesman Brian McCarthy said yesterday that the league looked into Garrett’s allegations that Rudolph used a racial slur “and found no such evidence.”‬

Garrett, whose indefinite suspension for ripping off Rudolph’s helmet and clubbing him in the head with it was upheld, stood by his claim in a statement posted to Twitter:

“I know what I heard,” he wrote. “Whether my opponent’s comment was born out of frustration or ignorance, I cannot say. But his actions do not excuse my lack of restraint in the moment, and I truly regret the impact this has had on the league, the Browns and our devoted fans.”