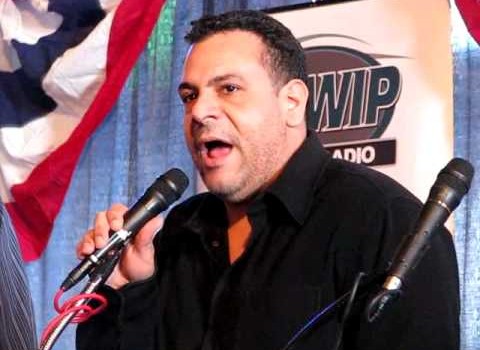 GARGANO BE GONE FROM THE 94WIP SINKING SHIP

The Anthony Gargano mystery has been solved.

Cuz wasn’t on the air at WIP at the end of last week and G Cobb and Brian Haddad hosted the afternoon drive time slot and made no mention of Anthony’s (or Rob Ellis’) absence. The show’s usual theme music wasn’t played.

Then yesterday the awful Glen Macnow filled in for Gargano with Ellis.

Turns out that Gargano be gone from WIP, having turned down a low-ball offer from the station’s boss, the incompetent and elusive-with-the-facts Marc Rayfield.

Rumors are that WIP operations manager Andy Bloom eventually plans to put Josh Innes on in the afternoons, in the 1pm-to-6pm time slot which has been dominated by Mike Missanelli on 97.5 The Fanatic.

WIP offered Gargano a one-year extension, perhaps to give Innes more time to be groomed for that role and thus his battle with stated foe Missanelli. Gargano, not surprisingly, didn’t appreciate the offer.

Ensuing negotiations were contentious, and Gargano and 97.5 The Fanatic program director Matt Nahigian are rumored to have had discussions about Cuz hosting a show that leads into Missanelli’s.

This isn’t an unprecedented move, of course. Last year around this time, Macnow recused himself from his show with Gargano while details of his new contract were being hammered out. And last summer, Tony Bruno did the same when 97.5 offered him what he says was a six-month deal.

Macnow is still on WIP and other CBS Philly properties, but has been replaced by Ellis on the afternoon show.