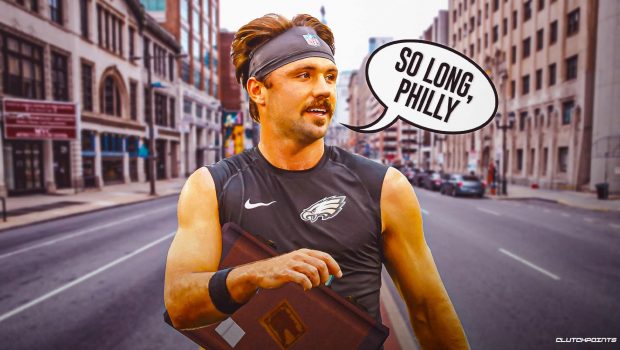 GARDNER MINSHEW ABOUT TO PLAY HIS GET-OUT-OF-PHILLY CARD!

“…because he had no place he could stay in without getting tired of it and because there was nowhere to go but everywhere, keep rolling under the stars…” Road Trip 2.0 Starts Now

The quote comes from author Jack Kerouac’s novel “On the Road.” Assuming he means that Road Trip 1.0 was his journey from the Jacksonville Jaguars to the Eagles, Minshew is looking to leave the Eagles to become a starter somewhere else.

Minshew wasn’t pleased with his role towards the end of the regular season. Following his outstanding performance against the New York Jets in Week 13, Minshew spoke with head coach Nick Sirianni about becoming the starting quarterback, per NBC Sports.

“I was asking what it took and he said we are solid right now. I respect that and I am going to do everything I can to put myself in that position at some point,” Minshew said. Does “everything I can” mean leaving Philadelphia? It certainly seems like it.

A week ago, Sirianni made it clear that he hadn’t changed his mind, declaring Jalen Hurts the official starting quarterback moving forward. This could have been all Minshew needed to make his decision.

While nothing is official yet, don’t expect to see Minshew on the Eagles roster next season.