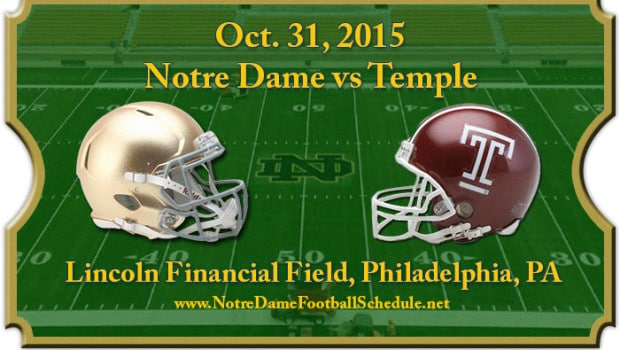 Beating Penn State in the season opener was “yuuuuuuuuuuge” for Temple football.

And going 7-0 after last night’s pulsating win at East Carolina was great. But the real sign that the Owls are going big-time is that “College GameDay Live” is rumored to be coming to town next Saturday, Oct. 31, for the Temple-Notre Dame game!

97.5 The Fanatic afternoon drive host Mike Missanelli, who reported that his sources are telling him that ESPN’sCollege GameDay will be broadcasting live a week from Saturday when the Owls host Notre Dame University at 8 p.m. at Lincoln Financial Field.

ESPN had been eying a site near Lincoln Financial Field for the broadcast, possibly XFinity Live, which runs from the morning pre-game show through the end of the night game.

Regardless of the specific location, it looks like ESPN is most definitely bringing its signature college football program to Philly.