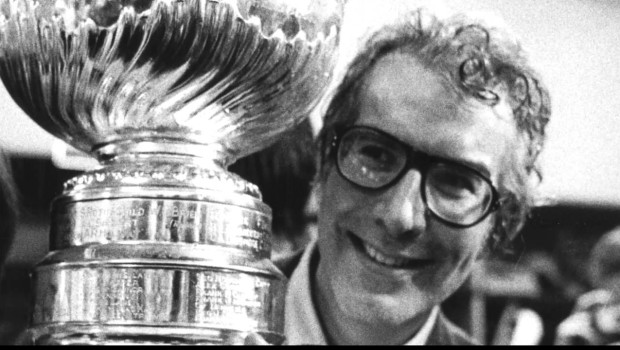 The Flyers face elimination tonight at the Wells in their series against the Washington Caps, and the only question seems to be:

Will they fold like a tent in a hurricane or go down fighting as their late owner Ed Snider would have wanted?

Washington overwhelmed Philly with its power play Monday, scoring five times – four in the third period – en route to a 6-1 victory. The Flyers, fired up after a pregame ceremony honoring late owner Snider, actually led when Michael Raffl scored on the first shot of the game 57 seconds in.

Washington leads a series 3-0 for the first time in team history.

”It’s a huge opportunity for us to come back home with the win and see what’s going to happen and who’s going to be next,”Alex Ovechkin said after recording two goals and an assist.

The Flyers made it easy, as a startling lack of discipline and seeming determination to revisit the “Broad Street Bullies” era led to nine Washington power plays. Fans followed suit in the third period, throwing wristbands used as part of a pre-game lights show and other garbage on the ice despite the PA announcer’s plea to “show some class” and Flyers forward Wayne Simmonds urging them to stop.

“Our power play has lots of confidence,” coach Barry Trotz told the Capitals’ official website. “And (the Flyers) keep giving us lots of practice.”

Ovechkin has had plenty of help. Defenseman John Carlson continued his outstanding series with a goal and two assists in Game 3 to tie him for the team lead with six points (three goals, three assists). Nicklas Backstrom has a goal and five assists, while Marcus Johansson has recorded one and four.

Even if the Flyers tighten up their play, they’ll have to find a way to solve Braden Holtby if they want to extend the series. They’ve scored two goals in the three games, with Holtby stopping 72 of 74 shots in the past two.

Holtby left practice Tuesday with an apparent left leg injury after colliding with a teammate, though Trotz expects him to play Wednesday.

”Basically just got nicked up a little bit, went off and we’ll see where he is,” Trotz said. ”But I don’t anticipate Braden not playing.”

Somewhat tempering the excitement over the Game 3 win was an upper-body injury to defenseman Brooks Orpik that will keep him out Wednesday.

”Anytime you lose a guy like Brooks Orpik, with his experience, he’s been through the grind before, it’s tough,” said Taylor Chorney, who could see his first action of the series. ”But at the same time, we’ve kind of been through it this year. He spent some time where he was hurt earlier in the year, and we had guys step up.”

While Washington has eight power-play goals in the series, the Flyers are 0 for 13. Claude Giroux, who led Philly with 67 points, has none in the three games.

The Flyers are tasked with trying to stay alive against the team that’s looked like the one to beat all season long and appears to have raised its level in the playoffs.

“They are a dangerous team offensively and if you give them too many chances, eventually they are going to punish you for it and you have to play especially smart defensively and stay out of the box,” defenseman Mark Streit said.

First-year coach Dave Hakstol faces a tall order in getting his team refocused.

“We’re not going away. We’re going to pick up and go back to work tomorrow like we always do, like we have all year long, and get ready to go out and win a game (Wednesday),” he said.

It’s uncertain whether the beleaguered Steve Mason will start in net in Game 4 or Hakstol will go with ex-Capital Michal Neuvirth in an attempt to spark his club.

”If I get the call I’m going to be ready and I’ll try to enjoy it and help my teammates,” Neuvirth said.