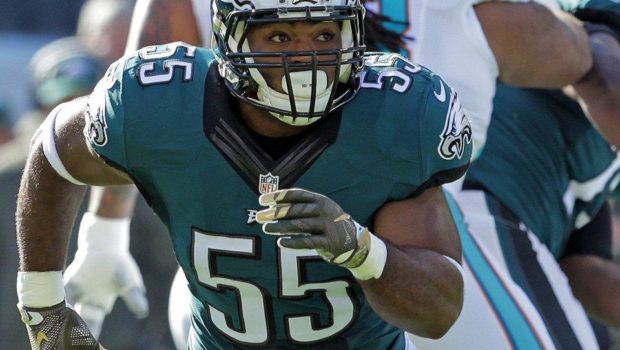 Biggest strength: Brandon Graham (above) generates more pressure than almost every other edge rusher in the league, though he doesn’t always convert those pressures into sacks. He produced 83 total pressures in 2016, trailing only Khalil Mack.

Biggest weakness: Cornerback is a glaring weakness, with much expected of third-round rookie Rasul Douglas. The Eagles are also hoping second-rounder Sidney Jones can recover from his pre-draft Achilles injury and contribute in 2017. Jalen Mills is likely to start again, but the 2016 seventh-round pick allowed 63.7 percent of the passes thrown his way to be caught last season.

By the numbers: Over the first five weeks of the 2016 season, rookie Carson Wentz was the second-highest-graded quarterback, trailing only Derek Carr. From Week 6 onward, however, he ranked 30th. He had a 32.8 passer rating when under pressure in 2016:
http://www.espn.com/nfl/insider/story/_/id/19711822/ranking-rosters-all-32-nfl-teams-2017-pro-football-focus