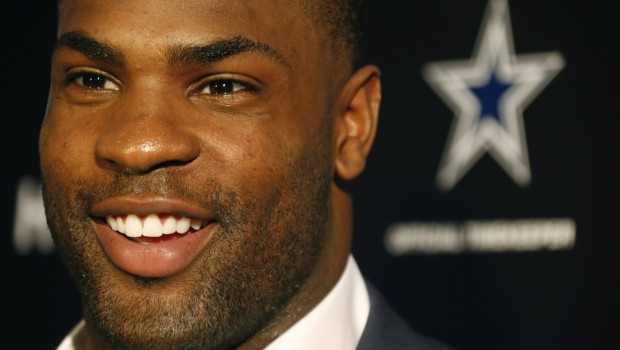 DeMarco Murray’s dad says his son’s feelings were hurt and that he was simply returning Eagles coach Chip Kelly’s call, not the other way around.

Kevin Murray, DeMarco’s father, just talked to his son on the phone a little before 11 a.m. EDT. Kevin Murray told the Dallas Morning News that though DeMarco (photo above) feels “hurt” right now that the Cowboys haven’t made a stronger offer to keep him, his son hasn’t made up his mind yet on where he will play next season.

“My impression from talking to him this morning is that he loves his coach, he loves his teammates and the Dallas fans,” Kevin Murray said, “but he’s just hurt that something hasn’t happened to lure him not to take the trip right now.”