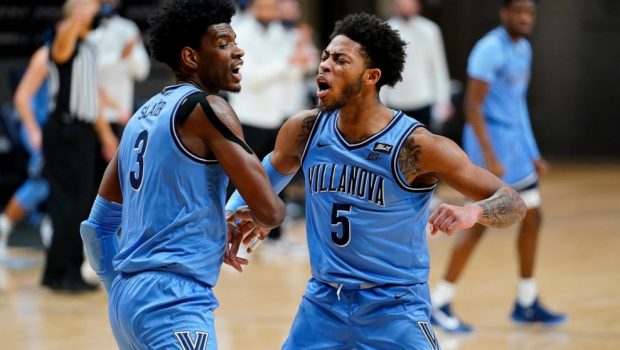 Villanova’s star-crossed season is over, and it’s hard to imagine how far the Cats could’ve gone if not for COVID-19, which forced them to pause for 27 days in December and January, and if Collin Gillespie hadn’t wrecked his knee in early March.

What about next season?

Justin Moore, Chris Arcidiacono, Bryan Antoine and Caleb Daniels are expected to return, so the backcourt will be solid.

In the frontcourt, Brandon Slater, Cole Swider, Eric Dixon and Trey Patterson should be back, giving the Wildcats a strong blend of experience and blossoming young talent.

This fall, Patterson (an early enrollee) will be joined by four-star center Nnanna Njoku, four-star guard Jordan Longino and three-star guard Angelo Brizzi. Villanova has the top recruiting class in the Big East and the No. 3 class in the nation behind Michigan and Florida State right now, according to the 247Sports Composite, and could add five-star prospect Trevor Keels to the mix in the coming weeks.

With the NCAA granting winter sports athletes an extra year of eligibility because of the pandemic, seniors Gillespie, Jermaine Samuels and Dhamir Cosby-Roundtree could return next season, but none have made a decision.

Sophomore Jeremiah Robinson-Earl is expected to test the NBA waters.