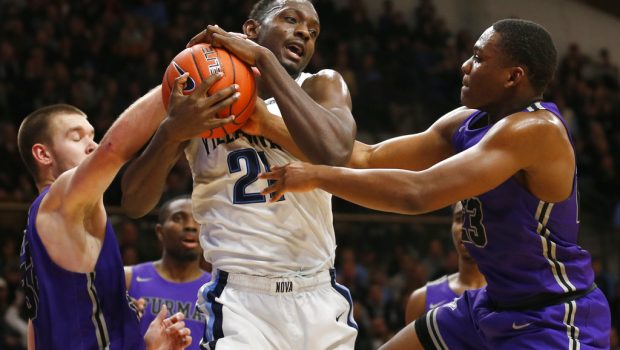 FURMAN STUNS VILLANOVA BACK TO EARTH IN OT 76-68!

This is not your grandfather’s Villanova Wildcats.

Or even last season’s!

Lyons and Rafferty delivered huge buckets in overtime to key a 7-0 spurt that put the Paladins ahead 69-63 in the final minute, enough cushion for them to hang on for the victory in front of a shocked sellout crowd at the recently renovated Finneran Pavilion.

Phil Booth scored 20 points and Colin Gillespie had 19 for the Wildcats (2-2), who were coming off a 27-point loss to Michigan in a rematch of April’s national championship game. It marked the first time Villanova lost back-to-back games since March of 2013.

“It’s not that shocking, to be honest,” Booth said. “They’re a very good team. We’re still a young team trying to find our way.”

Trailing 58-53 with under four minutes to play in regulation, Joe Cremo hit a 3-pointer, Booth scored and Gillespie made a layup in transition to put Villanova in front, 60-58, in the final minute.

After Lyons hit two free throws to tie the game at 60, Booth missed on the other end and Hunter misfired on a long 3-pointer in the final seconds. Cremo was called for a foul while going for the rebound, but Rafferty couldn’t connect on the front end of a 1-and-1 with 2.6 seconds left, setting the game up for OT.

Rafferty said his teammates picked him up and told him to make up for the missed free throw in overtime — which he did.

“This was incredible,” Rafferty said. “I’ve never been a part of something like this.”