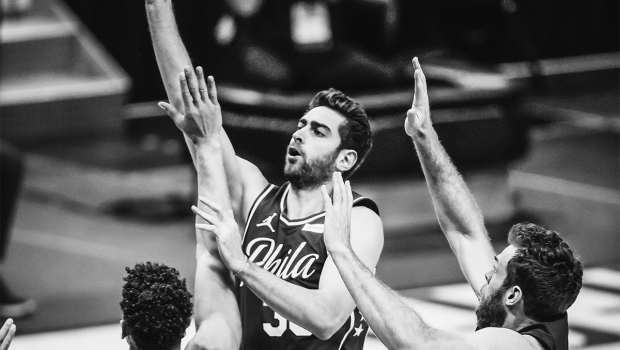 FURK GOES TO WORK: KORKMAZ LIGHTING IT UP FOR SIXERS!

Furkan Korkmaz drained 20 points on 7-for-10 shooting — 4-for-7 from deep — in the Sixers win Monday night against the Mavs, his second straight 20-point game.

“He’s been great,” coach Doc Rivers said. “He has great rhythm, and he’s doing less. I thought he went through that stretch where he tried to do too much with the ball and now he’s not. He’s taking a shot when he has it, the straight line drives, which is phenomenal for us. He’s not dancing with the ball anymore, and we thought he got into that a little bit. I thought that threw him off.”

What another solid performance from @FurkanKorkmaz.