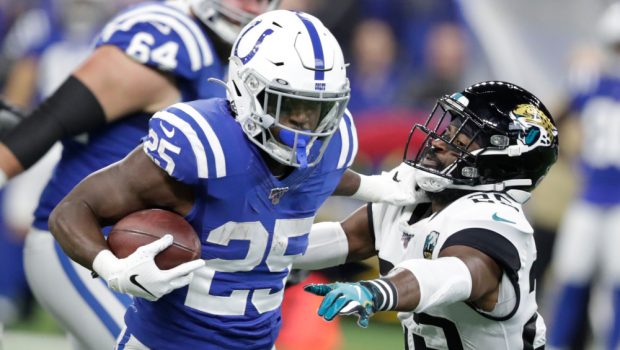 The Eagles have a big talent gap in the backfield:

Sanders, entering his third season, is currently the only viable returning runner in Nick Sirianni’s arsenal, with Huntley, Elijah Holyfield and their six touches projected as his backups.

Even so, the Eagles need further reinforcements at running back, either through the draft or in free agency, where Marlon Mack, Sirianni’s RB in Indianapolis, will be available.