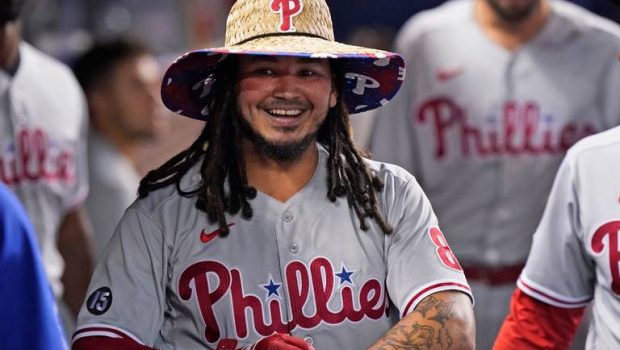 FREDDY GALVIS WANTS BACK WITH PHILS IN 2022

Infielder Freddy Galvis wants to return to the Phillies in 2022.

He was a good mid-season pick-up from Baltimore and viewed as a veteran leader — both by teammates who’d played with him during his original run with the club and by newcomers who knew little of Galvis before the Phils acquired him from the Orioles this past July.

Galvis wouldn’t be a candidate to start for the Phillies, but he could serve as a versatile infield piece and perhaps a bridge to prospect Bryson Stott — if the Phillies don’t pursue one of the higher-profile names on the free-agent market this winter.

President of baseball operations Dave Dombrowski acknowledged the need to improve at shortstop after the season and said veteran Didi Gregorius is not assured the starting job in 2022.