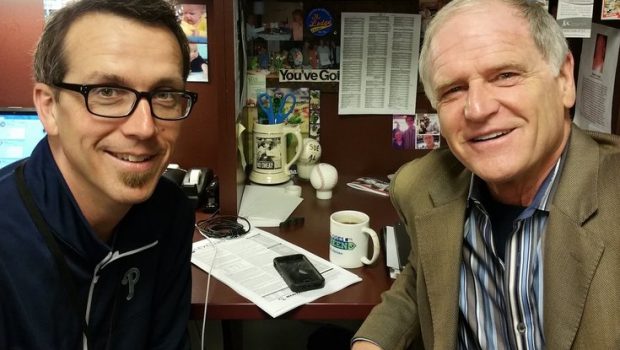 The biggest elephant in the room in Philly sports is Phils TV schmoozer Tom McCarthy.

No one says out loud what everybody thinks:

And whomever sits next to him — John Kruk, Ruben Amaro, Mike Schmidt — gets dragged into McCarthy’s endless litany of meaningless stories and factoids.

About anything but baseball.

So Phils fans get a break today as McCarthy attends his daughter’s graduation and Scott Franzke, who normally calls games on radio with Larry Anderson and others, fills in today.

Scott Franzke is going to handle play by play on TV for tomorrow afternoon’s Phillies game in place of Tom McCarthy, who is attending his daughter’s graduation from TCNJ. Pat McCarthy will have the radio call. Franzke has never called a Phillies regular season TV game.