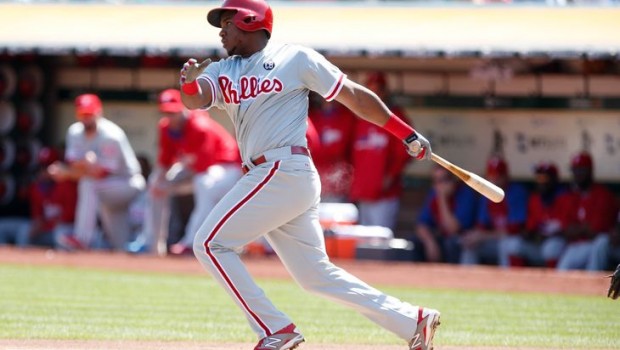 FRANCO’S HOT BAT (.346) MAY BE JUST WHAT THE PHILLIES ORDERED

Especially after his walk-off double scored two runners last night and was the difference in Lehigh Valley’s 6-5 victory over Columbus.

After the hit, Franco upped his season batting average to .346, a dramatic bump from his quiet spring training with the Phillies and a late-season cup of coffee where he seemed to struggle against major league pitching.

“It’s a great opportunity, something to look forward to,” Franco said prior to Tuesday’s game when asked his thoughts on potentially being called up to Philly even as early as Friday. “If I can get into that position, I’ll just be happy. Keep doing what I’m doing now.”

It is obvious that the everyday at bats in Triple-A have helped Franco’s confidence and his production from the plate as well.

“I’m just thinking about what I can do now,” Franco explained. “Slow down a little. When I go out there, I think this has really helped me a lot this year.”

The 22-year-old admitted to trying a little too hard during his appearance with the Phillies last summer but that this time around he feels that his mind is ready for the challenge.