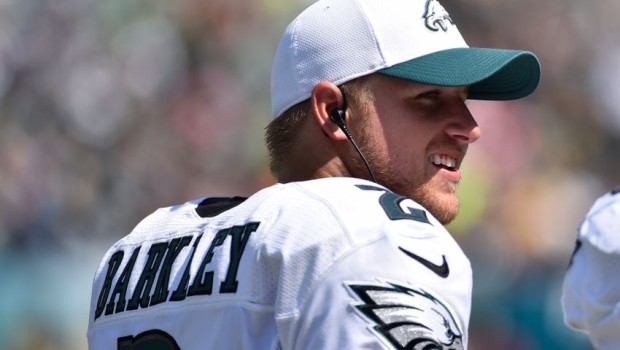 The Eagles have reportedly solved the dilemma about their No. 3 quarterback.

According to FOX NFL Insider Jay Glazer, who has some of the best wires in all of the NFL, the Eagles traded backup quarterback Matt Barkley to the Arizona Cardinals on Friday. Philly will receive a conditional draft pick in exchange.

Barkley being traded paves a way for Tim Tebow to make the final 53-man roster. Tebow and Barkley had been battling to be the No. 3 QB spot behind starter Sam Bradford and backup Mark Sanchez.

While Barkley played well to start the preseason, he regressed and eventually struggled in Thursday’s preseason finale as he went just 4 for 9 for 45 yards with an interception. Tebow, on the other hand, finished the preseason strong as he threw two touchdown passes in Thursday’s game against the New York Jets.